New gestures by the Baha'i Cult

Accodring to the website Darichih, fifteen active members of the misguided Baha'i cult (majority picked from the 3-member teams) from district 5 in the Mazandaran province are currently undergoing a training course known as "Ruhi" in the United Arab Emirates. The training is delivered by one of the former "Ruhi" students in this country.

In February 2001 a group of adherents to the misguided Baha'i cult were hand-picked by the National Assembly of Iran and sent to the United Arab Emirates to attend the 20-day course. Accodring to statements from the cult members this training better known as the "Ruhi Institute" has been running in more than 30 countries worldwide. After completing the course, these participants were dispatched to other provinces in order to train selected personnel from across the country.

The person responsible for the training of the fifteen nominated individuals from the Baha'i district 5 of the country (covering eastern and central Mazandaran) is a former member of the Baha'i Administration in Mazandaran who was relocated to Tehran last year.

It is agreed that each person who completes the training with this individual will in turn be responsible for training another fifteen. A number of the administrators and leaders of the Baha'i cult regard the arrangements in line with decision of the Central Administration of the cult (Iranian National Assembly) to decentralise the administration in the provinces and a return to the old administration system (governed by 9-member assemblies).

About this Institute the following has been stated: "training efficient, active, ready and able resources for teaching is high on the agenda of the Administration and one of the Baha'i principles. On the other hand, the situation in Iran will not remain the same. Once the social conditions are improved and the right time for teaching is facilitated, we will have ready personnel at our disposal for teaching." 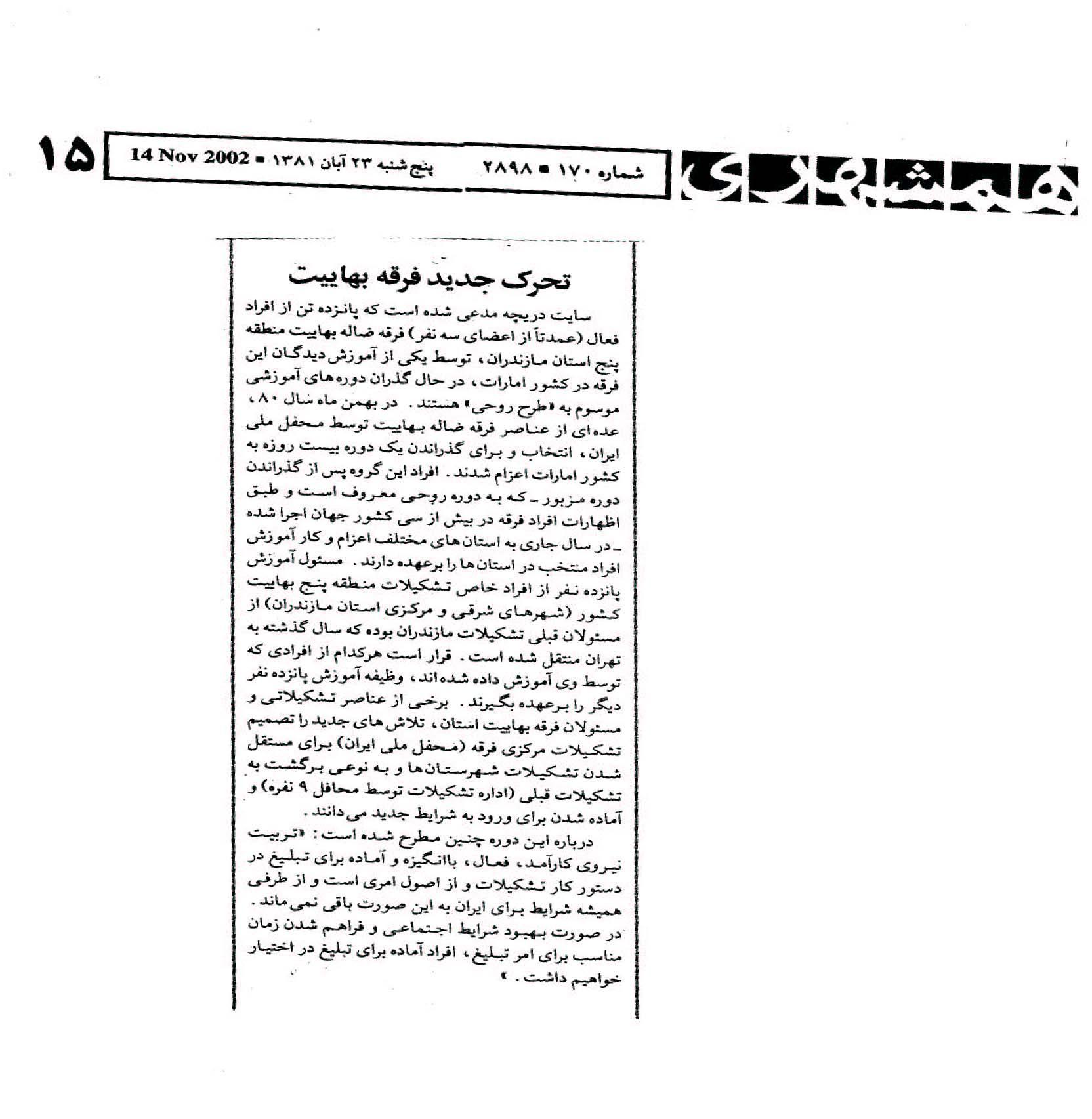