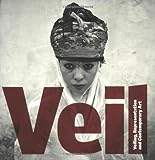 Reviewed by Huda Lutfi (Visual Artist, and Department of Arabic Studies, The American University in Cairo)
Published on H-Gender-MidEast (May, 2004)

Veiling Practices and the Politics of Representation

The image of the anonymous veiled woman has come to constitute an entrenched visual icon in Western media representation and discourses of modernity, one in which the contextual specificities of cultural geography and history, and economic, social, and political experiences, are largely ignored. To the Western mind, the veil is not only closely associated with the Muslim woman, but is almost always seen as evidence of her oppression and lack of agency. In order to challenge such simplistic and homogenizing assumptions, editors D. Bailey and J. Tawadros have sponsored Veil as a project that would contribute further to the critique of the imagistic and literary representation of veiling. What is special about this project is how it combines both the word and the image in its attempt to show how the various nuances and uses of veiling are continuously reshaped and manipulated through different lived historical experiences. In their introduction to Veil, the editors state: "This is the first project to address the question of the veil in all its complexities and ambiguities from the vantage point of contemporary visual art practice. Veil is a major exhibition and publication that brings together the work of twenty contemporary international artists from Muslim and non-Muslim backgrounds whose work explores the symbolic significance of the veil and veiling in contemporary cultures." According to the editors, what prompted them to sponsor such a project is that it falls in line with the existing "trend in the visual art scene to re-examine the representation of the Other in art and popular culture" (p. 18). In addition to some of the photographs of the commissioned art works on exhibit, this publication brings together a collection of essays dealing with the historical and contemporary representation of the veil. Finally, the last section provides selected historical essays and images of the veil mostly going back to the colonial period.

The initial idea behind this project was conceived and researched by Zineb Sedira and Jananne al-Ani, two contemporary artists of French-Algerian and British-Iraqi backgrounds. In her essay, "Mapping the Illusive," Sedira expresses her serious concerns and doubts about "representing the unrepresentable," the veil here being the unrepresentable. As an artist acquainted with two cultures, the North African and the European, she poses the insightful, but perhaps apologetic question: what differences are there between the physical veil in Muslim culture and the mental veil in Western culture? While I may agree with Sedira's point, I do not think that the issue should be posited in terms of Islam and the West, for that simply re-enforces an old stereotypical opposition. I would like to suggest a wider context of understanding, one that stresses the comparative, and recognizes that complex veiling social practices are common to all human cultures.

Furthermore, if the intention is to transform the image, then is it possible, as Radhika Chopra suggests, to move such social practices away from the assumed "magnified kinship between women and veiling," particularly for Muslim women? In her essay on "Veiled Men," Chopra draws upon the veiling literature of South Asia as well as her fieldwork in North India to explore male veiling practices and gestures in domestic spaces. I agree with Sedira that "it is not just a question of critiquing the status quo. It is also about transforming the image" (p. 64). If that is the case, then let us move away from the literal and limited idea of the Muslim veil to examine and understand other social practices of veiling that bring about or obstruct human communication. Just as Algerian women during their anti-colonial struggle manipulated the veil in their moments of resistance, we have the contemporary situation of Palestinian men and women adopting various strategies of veiling in their resistance against Israeli transgressions. Perhaps, the veiled Palestinian man could be perceived here as the "transgressive image" that Sedira asks us to make space for. He may represent "the outlaw rebel vision [that] is essential to any effort to create a context for transformation" (p. 64). Finally, as Chopra argues, the questioning of the single gender focus in veiling practices might lead to breaking new conceptual ground in the study of gender genealogies.[1]

With the exception of Hamid Naficy's essay on how rules of modesty in post-revolutionary Iran were manipulated and inscribed in films, less attention has been paid in the other essays to explore the dynamics of male-female veiling practices and gestures in specific contexts. Nonetheless, I believe that the editors made a careful selection of essays, which succeed in exposing and contesting the stereotypical re-presentation of the veil in the Western context. But did they succeed in transforming the image? Leila Ahmed's and Frantz Fanon's essays explore the colonial situation in which the whole question of veiling forcefully emerges in the process of colonizing Egypt and Algeria. Ahdaf Soueif's and Hamid Naficy's essays investigate more contemporary contexts, demonstrating the complexities and nuances involved in understanding the social practices of veiling in the case of urban Cairo and the Iranian film industry. Alison Donnell's incisive essay strongly argues that negative stereotypical representation of Muslim women has helped the American administration to justify continued military intervention.

More importantly, Donnell quotes Afra Jalabi in underlining how the "veil has now become a tool of political distraction; a false center to discussions of social justice and a highly charged symbol of difference that paralyzes productive cross-cultural debate and communication" (p. 127). This point needs to be emphasized for it certainly allows us to question the validity of Veil as a project. Finally, Al-Ani's essay carefully examines how nineteenth- and early-twentieth-century Western painters and photographers depicted Middle Eastern women, and demonstrates how this colonial legacy of images continues to serve as a springboard for modern and contemporary artists.

In commenting about the problem of interpreting the artists' work in this project, once again Sedira poses the question: "do the interpretations about artists' work instead serve to reinforce the limiting assumptions we are trying to subvert?" For one, since I have not seen the entire collection of the artists' works in the exhibition, my comments will be limited to what I can interpret of the images in the publication. I would like to deal first with the question of representation. The artists' biographies reveal that we are dealing with a community of artists who mostly work and live in Europe, and who are largely concentrated in London and Paris, followed by New York, Moscow, and Stockholm. That is, they are predominantly located in the centers of hegemonic metropolises, and not in the periphery they are "re-presenting." How can the images reproduced in the publication be claimed to fulfill the editors' ambitious intention to address "the question of the veil in all its ambiguities and complexities" to "re-examine the representation of the Other in art and popular culture"? Is it really possible for artists living and working in London, Paris, and New York to represent the nuances and complexities of veiling practices in the lived experiences of men and women in the Middle East or elsewhere? Why was there no serious effort to solicit the views of contemporary artists living and working in the cultural region of the Other? And if the intention is to subvert and question stereotypes, to explore nuances and complexities, then why is the publication full of stereotypical, exotic images of the veiled woman?

In addition to the exotic title of the book (VEIL in big bold red letters), the choice of the image on the cover self-defeats the claimed intention behind the project. It is simply another exotic image. How do Shireen Neshat's images of anonymous black veiled women help to transform the image? Sedira's tryptic image of the anonymous veiled woman, while elegant and beautiful, simply re-enforces the mystique of the feminine veil, particularly in her virginal look.

Admittedly, we do have some images in which male and female figures appear in a manner that suggests that dress codes could simply be a function or a construction of the historical or imagined moment (e.g. Strand, Offeh, AES Art Group, Abdu Allah, Kalkur). However, too many of the veil images are still closely akin to women, and Muslim women at that. There are too many archival images of the veiled North African woman. If we are going to limit ourselves to the veil as a physical cover, then I suggest a visit to such places as Rajistan, the Nubia of Egypt, and Sudan in order to see how men spend time and money on their meticulously wrapped head covers and shawls. And why is it when men use "veils" it carries a different social meaning?

Finally, we come to the whole issue of dialogue. Dialogue between whom? By largely excluding the other's presence from this project, we must say that this project is conceived for a Western audience. Is there any plan to establish a dialogue with the other? Is it part of the curators' project to show this exhibition in places like Morocco, Turkey, Egypt, or Iran? And how relevant would this exhibition be in such contexts? This project still conceives of veiling in terms of limited assumptions--it is still predominantly perceived as feminine and Muslim. We need to explore and broaden our understanding of the varieties of veiling practices in human cultures, to understand the politics of controlling or veiling the body, and to expand the cultural dialogue beyond those who live in the so called hegemonic cultural contexts. While it attempts to critique the politics of representation in the Western context, this publication is a work of re-presentation in and of itself.

If there is additional discussion of this review, you may access it through the network, at: https://networks.h-net.org/h-gender-mideast.

Copyright © 2004 by H-Net, all rights reserved. H-Net permits the redistribution and reprinting of this work for nonprofit, educational purposes, with full and accurate attribution to the author, web location, date of publication, originating list, and H-Net: Humanities & Social Sciences Online. For any other proposed use, contact the Reviews editorial staff at hbooks@mail.h-net.org.