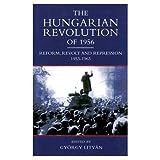 Forty years ago two important political events shook the world: the Hungarian Revolution and the Suez Crisis. They both occurred in October-November 1956, involved the Great Powers, and threatened world peace or rather the Cold War equilibrium. They were not interconnected. The decision to invade Egypt was made before the outbreak of the Hungarian Revolution.[1] Moscow decided to crush the Budapest regime only when it became obvious that the reform Communists had lost control in Hungary. Neither the West nor Russia "took advantage" of its opponent's situation. Western public opinion in 1956 initially considered the uprising in Hungary the internal affair of the Soviet empire and thus paid far less attention to it than to the Suez Crisis. The New York Times wrote eight times more about the latter than about Hungary, Paris's Le Monde seven times more.[2]

As time passed, the historical significance of the Hungarian Revolution of 1956 became generally acknowledged. It is likely that the fortieth anniversary of the popular uprising will be celebrated worldwide and especially in Hungary, where 1956 anniversary will create a greater stir than the 1,100th year of statehood did this year. Hungarians are at odds concerning the character of 1956 and the role of Imre Nagy in the Revolution. In 1990 the Hungarian parliament passed a law declaring 23 October, the beginning of the uprising, a national holiday; but when in 1996 the same body passed a resolution asserting the historical greatness of Imre Nagy, many members voted against the proposal. They wished to exclude from the celebration the ruling Socialist party, whose prime minister was active in the militia that assisted the Soviets in putting down the revolution. The celebration and remembrance will go on, nevertheless, and with the help of the book reviewed here with a clearer view of 1956 than was possible earlier.

In 1989, a small group of historians and sociologists, many former veterans of the Revolution of 1956, founded the Institute for the History of the 1956 Hungarian Revolution. In 1991, the Institute was "asked to provide a synthesis of the history of the reform era, the Revolution and the repression that could be used in schools" (p. xiv). The reviewed text is a modified translation of the Hungarian text. The main text of eight chapters is preceded by an excellent historical introduction by the London-based Hungarian writer G. Schopflin and concluded with the brilliant analysis of P. Kende of Paris, France. The staff of the Institute produced the main part of the book, which incorporates most of the new findings available since 1989.

The very title of the book reveals something new about the Revolution. The authors no longer talk about events between 23 October and 4 November 1956 but claim indirectly that the upheaval in Hungary began in the summer of 1953 and lasted until 1963, only to be resurrected in 1989, when a new generation could carry on the torch from an emasculated one, the one that was destroyed by the Kadar regime. The authors also claim that, except for the notable exception of the freedom fighters, the political elite of the Revolution, from Imre Nagy to Bela Kiraly, most of the revolutionary councils, the workers' councils, the writers, and most of the intellectuals, remained reform Communists. Even Cardinal Mindszenty, the most vehement opponent of the Communists, including Imre Nagy, spoke in his 3 October 1956 address to the nation about "classless society" and the "principle of private property limited by social concern" (p. 129). During the last week of the uprising, the street fighters forced concessions from the Communist leadership and Imre Nagy that provoked the Russians to intervene militarily to prevent the establishment of an independent Hungary with a liberal-democratic regime. Between the summer of 1953 and October 1956 and between 4 November 1956 and the end of 1963, the workers and the elite fought for a democratic socialist regime, a democracy within the party, albeit a one-party system, and freedom of speech and the press. Freedom of enterprise, that is, capitalism, was rejected. What united the revolutionaries of 1956 and the reformers was the desire for national independence and the rejection of the Soviet model of socialism. The two components of the Revolution, the street fighters and the reformers, temporarily united behind Imre Nagy--who, abandoning the Bolshevik tradition and practices but not necessarily his Marxist faith--decided to lead all Magyars, socialists and nationalists.

Peter Kende in his "Afterword" to the book emphasizes the anti-totalitarian character of the Hungarian Revolution. He claims that this movement was the most important episode in the destruction of East European communism. The message from Poland, for example, was that society was alive, but from Budapest that communism could be toppled (p. 167). Another major result of the uprising was "an accelerated change in the relationship between the Kremlin and the European satellite parties" (p. 167). The intervention on 4 November sealed the fate of the Soviet empire (p. 168). That date became the Waterloo of leftist thought (p. 174). With the Hungarian Revolution, the political and spiritual influence of Soviet communism went into permanent decline, leading to its eventual self-destruction under Gorbachev (p. 172).

The book The Hungarian Revolution of 1956 covers events from 1953 to 1963 in 170 pages, devoting less than fifty pages (55-99) to the uprising itself. Missing is a description of the role of the Hungarian army and the State Security Authorities. The style is uneven, and it is hard to imagine how it could have been used as a textbook by Hungarian students. The sections translated from Hungarian at places border on the incomprehensible (p. 40) followed by a brilliant analysis in good English on the next page. Footnotes are absent, but there is a useful glossary of institutions, publications, and individuals followed by a selected bibliography of English-language references. Let us hope that eventually the Institute of 1956 will be able to produce an authoritative and definitive history of the Hungarian Revolution of 1956; but for now the reader will have to be satisfied with this brief summary of their work in progress.

Copyright (c) 1996 by H-Net, all rights reserved. This work may be copied for non-profit educational use if proper credit is given to the reviewer and to HABSBURG. For other permission, please contact <H-Net@H-Net.MSU.edu> and <habsburg@ttacs6.ttu.edu>.

If there is additional discussion of this review, you may access it through the network, at: https://networks.h-net.org/habsburg.

Copyright © 1996 by H-Net, all rights reserved. H-Net permits the redistribution and reprinting of this work for nonprofit, educational purposes, with full and accurate attribution to the author, web location, date of publication, originating list, and H-Net: Humanities & Social Sciences Online. For any other proposed use, contact the Reviews editorial staff at hbooks@mail.h-net.org.