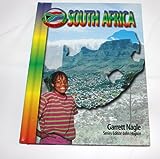 Reviewed by Veronica A. Ouma (Department of Geography, University of Illinois at Urbana-Champaign)
Published on H-AfrTeach (May, 2000)

The Country Studies series book entitled South Africa is one of four titles in the series published by Heinemann Library. It is useful in that it describes the history, economic development, politics, and natural resources of South Africa. This volume is rich with vivid maps, diagrams, photographs of the many peoples and places in the country, case studies that illustrate key concepts within the text, and fact boxes with supporting information on each main topic. However, the text falls short with its ethnocentrism and biases. Terms like tribal groups (p. 22), primitive (p. 25) and underdeveloped (p. 56) are used, just to name a few.

It is evident that the apartheid system was a significant part of the history of South Africa officially from 1948 until 1994, but to begin any chronology from the early twentieth century, when Europeans entered a country, is a very dangerous exercise. The author ignores hundreds and hundreds of years of history in this region. There is no mention of the many groups that have entered and have made contributions to the region prior to the twentith century. Unfortunately, this is a major Eurocentric feature of many works written about areas in Africa. In one of the "fact files," a brief mention was made to migration patterns beginning 300 A.D. but this should have been included in the introductory section.

Nagle does a good job in the section on the physical environments of South Africa from its diversified climates, to environmental issues such as drought, desertification, and soil erosion. This by far is the strongest section of the book because the maps and graphs that are used are appropriate and descriptive as well. Teachers can do exercises to teach students how to read climographs and how ocean currents affect weather and climate patterns.

Nagle's book has other merits. The section on economic environments has some strengths, particularly the sub-sections on gold mining, energy resources, and tourism. The social and political debates surrounding each of these sub-sections are thoroughly explained and contextualized. For example, the sub-section on tourism points to how attractive the geographic landscape of South Africa is to people all over the world and how the tourism industry is growing and helping the economy. However, Nagles addresses the fact that not everyone is benefiting from the growth of tourism, particularly blacks, and that the government has cut the tourism budget because of the need to improve social services such as education, health, and housing. These explanations are useful to teachers and students in that they are able to understand the complexities of all sectors of industry.

The book concludes with definitions and descriptions of "core" versus "periphery" and regional inequalities. "Core" as a developed region and "periphery" as an undeveloped region. I was a bit disappointed with the ending of this text. I got this sense of gloom and doom outside Johannesburg. Also, there is little reference to the fact that not all blacks are poor and not all whites are wealthy. The images in the book overemphasize the poverty in the black townships and there are hardly any photos of whites, Asians, and coloreds.

The last sub-section on issues for the 21st century suggests that there is hope for South Africa's development, however. Nagle concludes by saying, "South Africa has to adopt more sustainable practices." What does "sustainable" mean? "Sustainable" for who? These catch phrases should not be introduced in pre-adolescent textbooks without a thorough explanation of what sustainable means to South African peoples.

The series editors claim that South Africa is recommended reading for children between nine and twelve years of age, but I find this book much too advanced for any child under twelve. Although children may be able to read the book, they will most likely have a difficult time understanding the terms and concepts. Nagle includes a glossary of terms that are used throughout the book, and the definitions are clear and concise. However, I still think children will have a difficult time appreciating words such as "appropriate development," "desertification," "infant mortality rate," " neonatal" versus "perinatal," " gross domestic product" versus "gross national product," "multiplier effect," etc. I could go on.

In conclusion, I recommend this book be used with caution. It is clearly written and very descriptive with its maps, diagrams, photographs, and glossary. Some sections, particulary the physical environment section, ARE stronger than others, such as the human environment section. The ethnocentrism and biases, however, take away from the quality of the book and it should be recommended for children over twelve, preferably early high-school level, due to the concepts and terminology used.

Copyright (c) 2000 by H-Net, all rights reserved. This work may be copied for non-profit educational use if proper credit is given to the author and the list. For other permission, please contact H-Net@h-net.msu.edu.

If there is additional discussion of this review, you may access it through the network, at: https://networks.h-net.org/h-afrteach.

Copyright © 2000 by H-Net, all rights reserved. H-Net permits the redistribution and reprinting of this work for nonprofit, educational purposes, with full and accurate attribution to the author, web location, date of publication, originating list, and H-Net: Humanities & Social Sciences Online. For any other proposed use, contact the Reviews editorial staff at hbooks@mail.h-net.org.