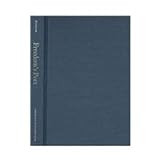 A Port in the Storm

Christopher Phillips ably analyzes the evolution of an urban African American community in the early national and antebellum United States. This case study of Baltimore, which is divided into two chronological parts, "traces the societal transformation of the city's black population from a transient aggregate of migrant freed people, most of whom were fresh from slavery, to a strong overwhelmingly free community, less racked by class and intraracial divisions than in other comparable cities" (p. 2). Freed blacks were the South's most urban population, as they congregated in southern cities in search of new employment and community opportunities. The city of Baltimore hosted the nation's largest black urban community before the Civil War, and therefore Phillips's study fills an important historiographical hole.

Free-born blacks together with newly manumitted, runaway, and autonomous urban slaves formed the beginnings of Baltimore's African American community. Blacks in all situations, including a young Frederick Douglass, saw Baltimore as "an island of racial tolerance" compared to the rest of Maryland (p. 235). Therefore, slaves and freemen from surrounding counties, and sometimes even further away, flocked to the nation's fourth largest city (by 1790). Those who had only recently achieved freedom and "term slaves" formed the core of Baltimore's black community before the 1820s.

Term slaves either purchased or negotiated for their freedom after a certain number of years. Because slavery was not crucial to Baltimore^Òs economy, urban masters found it more advantageous to ultimately free their slaves and hire workers instead. Term slaves exerted some important influence in shaping the terms and conditions of their gradual manumission. While serving their term, these slaves existed in a state of "quasi-freedom" (p. 31), and began to understand that degrees of freedom existed that could be bargained for like any other commodity. This recognition instilled the idea in Baltimore's early black community that it had at least some ability to secure freedom and opportunity for itself--an ideology that would greatly serve this community as white tolerance lessened in the decades before the Civil War.

While the community grew largely from a slave population during the late-eighteenth century; by 1820 free blacks outnumbered slaves in Baltimore by two to one. Indeed, by 1830 free blacks constituted one quarter of Baltimore^Òs total population. Before 1840, white Marylanders generally did not view this population of free blacks as a threat to the social order. The free black population was relatively small, had no political power and little economic opportunity, and caused no tension with white workers in terms of job competition.

In this relaxed racial atmosphere, free blacks began to build a cohesive community. Individually, blacks proclaimed a new identity for themselves by choosing surnames and using full given names instead of the shortened, diminutive names reminiscent of slavery. The majority of blacks established male-headed, two-parent families, and as quickly as possible moved into their own households. As the city of Baltimore grew, the demand for free black labor also grew, as Baltimore employers preferred to work within a free labor system, which they believed to be more profitable and flexible. Therefore, free blacks began to find employment in increasing numbers, although they were most often restricted to unskilled work.

As the black population built on this base of family formation and job stability, it also began to form community organizations to provide support, protection, and a political voice. The first and most important effort was in the development of autonomous black churches. Reminiscent of the evolution of black churches in Philadelphia,[1] and indeed very much influenced by the progress blacks made there, Baltimore black leaders broke free from white churches that refused to treat their black members equally. Religion provided a source of hope and motivation for African Americans, and the black churches became the social, political, economic, educational, and cultural centers of the Baltimore black community.

Free blacks also developed distinct modes of dress, socialization, and community activism. Status in this community was not based on skin color as in other black communities such as Charleston or New Orleans; instead, the highest status was often conferred on those who held skilled or professional jobs, could read, owned property, and participated in communities activities and organizations. Once the community began to achieve the social and cultural marks of freedom, as opposed to simply the legal status of freedom, white Marylanders became cautious. At just the moment that Baltimore's black community managed to put some distance between itself and its slave past, white Marylanders created a new intolerant racial ideology that threatened to destroy and re-enslave the free black community.

In the most crucial chapter in the study, "'Cursed with Freedom,'" Phillips analyzes how and why white society developed this new threatening ideology. Changing economic and demographic circumstances, coupled with in-state rivalries and a sectional proslavery reaction, caused white Marylanders to see their organized free black population as a threat to white supremacy and slavery interests. Beginning in the 1820s, Maryland's and indeed the country's economy experienced a steady decline punctuated by panics in 1819 and 1837. In addition, between 1830 and 1850, Baltimore experienced a surge of foreign immigration, mostly from Germany and Ireland, that brought close to one quarter million new workers into the city. Free blacks would face the worst consequences of these trends. Unlike slaves, who had their housing, sustenance, and other necessities provided for them, free blacks existed in a more precarious position and had no support during tough economic times. As many free blacks became destitute and asked for public assistance, whites used their misfortune against them, arguing it proved blacks' inferiority.

One of the most significant factors fueling the white re-enslavement movement was news of the 1831 Nat Turner Rebellion in Southampton County, Virginia. White hysteria in the wake of the rebellion resulted in calls for both the abolition of slavery (to forestall any such event in Maryland) as well as tighter regulation of slaves and free blacks (and an increase in slave sales to the Deep South). This debate largely pitted the more liberal city population against the more conservative traditional planter population in the surrounding rural areas, and brought Maryland squarely into the Southern proslavery debate.

By the 1850s, these circumstances coalesced into a re-enslavement movement, spearheaded by a democratic proslavery legislator named Curtis Jacobs, and provided the free black community with its greatest and most significant challenge--its very survival. Rallying around church and community leaders, the black community fought for the antislavery movement and against the Jacobs Bill by employing both traditional and more controversial techniques. Free blacks used speeches, petitions, neighborhood patrols, days of fasting and prayer, new political activist organizations, participation in the Black Conventions, and colonization as means of addressing the new threat. The community's efforts paid off--when the proposals were presented to the public, reaction to the Jacobs Bill was hostile and unsupportive, and the bill was defeated by a margin of three to one.

Phillips's analysis and interpretations are generally persuasive and effective. The writing is clear and readable, and would likely be appropriate for undergraduates if assigned in small sections. Although Phillips relies heavily on quantitative and statistical evidence in the first half of the book, he uses enough specific examples and personal vignettes to give the story a personal, human quality as well. There are a few minor cause-and-effect relationships within the book that could have been made more clear and precise. For example, while churches served as the community bulwark against increasing white repression between the 1820s and 1860, it seems that many of the black churches were not established or stable until the mid-1830s and 1840s (p. 138-39). White and black resistance and hostility to the new churches presented an initial difficulty to gaining members or establishing other effective community organizations. While the structure of the book leaves the reader with the impression that the black community coalesced before the white onslaught began, in fact the black community gained strength and crystallized alongside growing white repression, making it all the more spectacular that blacks played the important role they did in defeating the re-enslavement movement.[3]

A final, small but somewhat troublesome issue relates to an aspect of Phillips's style, specifically with the frequent use of the politically and historically charged word "Negro." Throughout the work, Phillips refers to members of the free black community as "free Negroes," without using quotation marks or explaning, for example, that the word is legitimate because it was used during the period he is describing. While this does not interfere with the purpose of the book, it seems very unusual to see the word "Negro" in a book on African American history published after the 1970s.

Phillips tells an important story, not just in a historiographical sense, but also in human terms. Freedom's Port is essentially a story about a community that realizes its potential and strengths, and uses them to ensure its very survival against great odds. Furthermore, Phillips hones the historiography of urban slavery and the antebellum free black experience by focusing in a very detailed and methodical way on one urban community. His work is part of a larger recent movement away from the generalized treatment of these issues over space and time.[3] Instead, the new historiographical trend focuses on case studies of the urban slave and free black experience which emphasize that blacks in the Upper South experienced these conditions differently from those in the Lower South.[4] In the Upper South, class and color divisions were not as significant in urban slave and free black communities as they were in the Lower South. Also, many Upper-South cities tended to be societies with slavery, not areas where the institution of slavery was fundamental to the economy and ideology of the white inhabitants.[5] Such distinctions are important to understanding the diversity and complexity of southern and African American history.

[2]. T. Stephen Whitman's well-written study of slavery and freedom in early national Baltimore is more successful at placing Baltimore^Òs early African American experience in geographical, chronological, and historiographical context. Whitman's study of Baltimore provides a stronger analysis of the role of slavery and manumission during the period 1780s-1820s, while Phillips's study is stronger on analyzing and describing the organizational and cultural aspects of Baltimore's African American community, 1820s-1860. See T. Stephen Whitman, The Price of Freedom: Slavery and Manumission in Baltimore and Early National Maryland (Lexington, Ky., 1997).

[3]. Richard C. Wade, Slavery in the Cities: The South, 1820-1860 (London, 1964) is the traditional and still valuable work on urban slavery. Phillips's work furthers the idea Wade first put forth that the urban environment was incompatible with the institution of slavery. For an alternative view, see Whitman, The Price of Freedom, chapters 1-2.

[4]. Recent case studies on specific cities include Whitman, The Price of Freedom on Baltimore; Tommy Bogger, Free Blacks in Norfolk, Virginia, 1790-1860: The Darker Side of Freedom (Charlottesville, 1997); and James Sidbury, Ploughshares into Swords: Race, Rebellion, and Identity in Gabriel's Virginia, 1730-1810 (Cambridge, N.Y., 1997) on Richmond.

[5]. This was true of Baltimore and Norfolk, but not of the very southern Richmond. See Sidbury, Ploughshares into Swords.

If there is additional discussion of this review, you may access it through the network, at: https://networks.h-net.org/h-shear/.