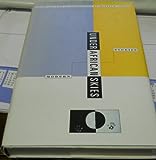 This collection of sub-Saharan short stories published between 1952 and 1996 is a successor to two earlier collections edited by Larson: African Short Stories and More Modern African Short Stories. With this collection, Larson presents the reader with a collection that focuses on oppression, chiefly that inflicted by the agents of colonialism and apartheid and that suffered by women in traditionally patriarchal African cultures.

Of the twenty-six pieces in the collection, twenty were penned by male and six by female writers. Of this mix, Larson says that, by his estimate, "of the first generation of African writers--those who emerged during the fifties and sixties-- . . . . [only] one of twenty" were women but that "this situation has changes in the last eight or ten years." The women authors whose works are included are these: Grace Ogrot, Ama Ata Aidoo, Bessie Head, Yvonne Vera, Veronique Tadjo, and Sindiwe Magona.

The male writers include an equally strong groups of artists. Included are pieces by Amos Tutuola, Sembene Ousmane, Ngugi wa Thiong'o, Chinua Achebe, and Ben Okri, to name but a few.

While the collection is a strong one, it is not as representative of sub-Saharan African short story writing as one might wish. The collection includes five stories by South African artists and four by Nigerian authors. Together, these make up just over one-third of the total. Thus, just fifteen of the over thirty sub-Saharan nations are represented. Also diminishing somewhat the collection's position as representative, the anthology is notable for at least two writers not included. The collection includes many major sub-Saharan African writers, but its offering of no works by Alex La Guma and Nadine Gordimer seems regrettable, at best.

Larson has arranged the collection so that the stories appear generally in the order in which they were written. While this chronological arrangement provides one with a sense of progression regarding story content, theme, and form, one may experience a sense of jumping about the continent and a certain disconnectedness among the pieces. A preferable arrangement, for instance, seems to be that of Chinua Achebe and C. L. Inness in their 1985 collection African Short Stories: Twenty Short Stories From Across the Continent in which the selection are grouped geographically into these categories: West Africa, East Africa, Northern Africa, Southern Africa. Such a geographic arrangement is not without its own weaknesses, yet, because of more similar cultures within the groupings, the stories in each section seem more connected, resulting in a more unified anthology.

In his introductory remarks, Larson comments upon the lack of recognition accorded the short story on the African continent. Larson seems to imply that this collection is one attempt at remedying that condition. Consequently, his selecting an excerpt from Tutuola's The Palm-Wine Drinkard, rather than a short story, to represent "oral storytelling incorporated into a written narrative" may be puzzling to the reader. One might wish that Larson had instead included a short story illustrating this technique, since a plenitude of these seems readily available. (See, for example, Harold Scheub, The African Storyteller: Stories >From African Oral Traditions, Dubuque, Iowa: Kendall Hunt, 1990.)

However, none of these issues is of a magnitude that would relegate this collection to the reject bin. The stories selected are powerful examples of the growth of the sub-Saharan African short story as an art form within the fifty years just passed. In addition to including strong pieces and major writers, the collection also brings to English speaking readers numerous stories in translation, especially from the French (five), but also from the Portuguese and the Arabic (one each) languages. While one might prefer a stronger representation of Lusophone works, the fact that nearly one-third of the works are from languages other than English is a strength of the anthology.

If there is additional discussion of this review, you may access it through the network, at: https://networks.h-net.org/h-afrlitcine.