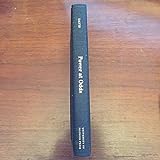 Colin J. Davis' book is a deft treatment of the 1922 nationwide shopcrafts strike, one which breaks new historical ground in a number of ways. Both literally and figuratively, Power At Odds takes railroad labor history into the twentieth century, giving one of the first sustained looks at the working world of more contemporary railroaders, and picking up where historians such as Walter Licht and Shelton Stromquist (who have explored railroad work during the nineteenth century) leave off.[1]

Davis' book also expands the scope of early railroad labor history. Most of the earlier work concentrated upon workers who were, or could be, members of the independent railroad brotherhoods. In contrast, Power At Odds reminds us that these railroad men were not the bulk of the workforce; there were an army of railroad company employees who did not ride the rails. Railroad shopcraft workers were a major segment of that army. Numbering around 400,000 at the time of the strike, the various shopworkers accounted for approximately twenty percent of the railway workforce during the first decades of the twentieth century. By focusing on this often ignored segment of the railway workforce, Davis shifts our understanding of railroad work and makes it more complex and more complete.

While he is clearly sympathetic to the plight of railroad labor, Davis' book focuses on the way that institutional power dynamics shaped the strike. The effects of the government takeover of the railroads during World War I, the power of the Railroad Labor Board during the 1920s, the effects of Harding's election in 1920, and the rise of the Republicans to power in the Senate in the same era, are all subject to intense scrutiny. By tracing the varied fortunes of the shopcrafts under different administrations, Davis shows the significance of the power of the nation state in the lives of these workers.

He convincingly argues that "the shifting power relations between labor, capital, and the state during this tumultuous period brought about a profound transformation in early twentieth-century American society which affected the workplace, union hall, corporate office, and political corridors of power" (p. 1). As he makes this argument, Davis builds upon the work of historians such as Melvyn Dubofsky who suggest that the power of the state--both politically and in terms of the legal apparati at the state's disposal--must be key to our understanding of labor relations during the early twentieth century.[2] By showing the power of what he calls "government tutelage and hostility" (p. 2), Davis suggests that we would do well to pay attention to the way that political winds altered the working landscape for railroad workers. Because of this emphasis on power, Davis never loses sight of who is most responsible for the outcome of the ensuing struggle on the roads: the federal government and the companies.

This work does not, however, restrict itself to an analysis of the corridors of political power; it also discusses the organization of work in the shops. In Chapter One, "The Railroad Industry and the Workforce," Davis describes the locomotive and car production process and argues that technological change and the way work was structured greatly affected shopworkers' organizing prospects. Shop workers, unlike their operating brothers, could not simply stop work and shut the rails down; they had to wait until the rolling stock broke down, and then refuse to fix it, before the force of their power would be felt. This chapter shows the reader how the content of the shopmen's jobs shaped their power. Davis argues both that shopmen were skilled workers who retained control over much of the production process and that, because of that, employers resorted to zealous supervision and piecework to try and control the work place. The production process is central to Davis' understanding of the ways that the strike played itself out: Power at Odds, then, argues that the organization of work and the institutional power dynamics affected the shopcrafts unions' fortunes in the early part of the twentieth century.

At the heart of the book, however, is the story of the strike. And that story is a doozy. Most of us who read labor history are not strangers to stories of violence and terror; the railroads' histories are littered with violent clashes between workers, companies, and the state. One need only think of the Great Uprising of 1877 as an example. Davis shows that the railroads of the twentieth century were as violent as those of the nineteenth. The pages of Power at Odds are replete with state-sanctioned violence and death, with worker solidarity and worker betrayal, with the crushing hand of the railroad companies and with the helping hands of people in communities. Davis' story of the strike is full of ambiguous relationships between the Big Four and the shopcraft unions, the Railway Employees Department and the Railway Labor Board, not to mention the federal government and the companies. Colin Davis juggles all these actors, creating a complex but understandable account of the way that the strike played out on the railroads.

In part, Power At Odds is such a clear account of the strike because it is driven by a central question: Who was to blame for the failure of the shopcrafts strike? While Davis brings a series of techniques and approaches to bear in his attempt to answer this question, which makes his response relatively complex, his analytical focus remains tight. His book concentrates on the role of the federal government, the companies, and the unions in the struggle over the definition of work that took place on the twentieth century railroad. Given our lack of understanding of this strike, this is a sensible and admirable approach. It does, however, mean that, claims of innovation notwithstanding, this is a book about the by-now familiar actors of labor history: the state, the companies, the unions.

Thus, while Davis claims to create "a synthesis of the so-called new labor history, with its emphasis on community and cultural action, with that of the emerging new institutionalism, and its accent on structural influences on human behavior"(p. 5), his book seems to be more reminiscent of the "old" labor history than the "new." Davis attempts to include women workers, blacks, and the role of the communities in the strike, but this book works best when it is discussing the dynamics of the Railway Employees Department of the AFL, the railroad companies, and the Harding administration. For all that the work breaks new ground then, there is something decidedly old fashioned about Power At Odds: while reading this book, I am reminded the most of is Irving Bernstein's 1960 classic, The Lean Years.[3]

Being old-fashioned is not, however, necessarily a besetting sin, or even much of a sin at all. There is, however, one lacunae in Power At Odds that, it seems to me, is worth noting. Davis does not seem to consider that race and gender play a role in white men's identities. While Davis' evidence seems to suggest that the outcome of the strike--the crushing defeat of the shopworkers--was in some ways an inevitable product of the combination of companies' intransigence and the coming to power of the Republicans, I can't help but wonder, would the story in Power At Odds read the same way if Davis had examined whiteness and masculinity with the same intensity with which he interrogated institutional power dynamics? Given the increasingly large bodies of work on masculinity and whiteness which argue that both played a powerful and constitutive role in identity in the early twentieth century, it seems a shame that Davis does not consider the role of these forces.[4]

Despite my concerns about this omission, Power At Odds makes an important contribution to twentieth century labor history. Not only does Davis plot the course of an important strike, he argues persuasively that the railway shopcrafts strike played a pivotal role in shaping the climate for unions in the 1920s and early 1930s. Throughout the pages of Power At Odds, Davis shows that the participants in the strike--on all sides--knew that there more more at stake than the fate of railroad workers; the shopmen's strike was the biggest post-war battle over the rights of organized labor. Davis argues that "the defeat of the shopcrafts strike marked the demise of a vibrant labor movement. More than the 1919 steel strike, the AFL regarded the 1922 struggles as a crucial indicator of future relations with capital. Where many of the 1919 strikes were unorganized, the 1922 contest pitted a solidly organized force against a leading industrial sector" (p. 171). Because of this, Davis argues, the defeat of the shopmen was a devastating blow to organized labor as a whole; in the face of his meticulously detailed evidence, one would be hard pressed to disagree with that conclusion.

[1]. Walter Licht. Working for the Railroads: The Organization of Work in the Nineteenth Century. Princeton, N.J.: Princeton University Press, 1983; Shelton Stromquist. A Generation of Boomers: The Pattern of Railroad Labor Conflict in Nineteenth-Century America. Urbana: University of Illinois Press, 1987.

[4]. See, for example, the essays in Ava Baron, (ed), Work Engendered: Toward a New History of American Labor. Ithaca and London: Cornell University Press, 1991; and David Roediger, The Wages of Whiteness: Race and the Making of the American Working Class. London, New York: Verso, 1991.

Copyright (c) 1997 by H-Net, all rights reserved. This work may be copied for non-profit educational use if proper credit is given to the author and the list. For other permission, please contact H-Net@h-net.msu.edu.

If there is additional discussion of this review, you may access it through the network, at: https://networks.h-net.org/h-labor.