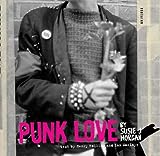 A Primary Source on the History of D.C. Punk Rock

Has punk rock been taken seriously as an important social and cultural movement of the late twentieth century? One is hard-pressed to locate a large amount of scholarly assessment of punk rock as a cultural phenomenon of the American landscape. Perhaps it is too easy to push punk rock to the margins of cultural history and dismiss any contribution, as it was also easy to push punk to the contemporary margins of society at its birth and initial heyday. Yet when we look closely at the historical record of punk's origins in the late 1970s and punk's progression into the early 1980s, the movement's cultural impact points to anything but marginal.

After exploding in New York City in the late 1970s with the musical group The Ramones and then jumping across the Atlantic shortly thereafter to London with British bands such as The Sex Pistols and The Clash, punk rock began to catch on as a musical and cultural movement on the American East Coast, especially Washington, D.C. The origins of punk in D.C. can be pinpointed to two specific locations, Woodrow Wilson High School in Tenleytown and the Häagen-Dazs ice cream store in Georgetown. While D.C. punk began organically for the most part, two classmates from the Wilson class of 1980, Ian MacKaye and Henry Garfield, soon emerged as leaders. After graduation, Garfield managed the Georgetown Häagen-Dazs store and hired his close friend MacKaye to assist. From Georgetown, of all places, and around Garfield, MacKaye, and several other figures, the D.C. punk movement emerged and grew.

The amount of primary source material on punk rock for the scholar to engage is voluminous. A recent addition is Punk Love by Susie J. Horgan. This work is essentially a historical document from the early 1980s Washington, D.C., musical scene. As a young photography student in 1980, Horgan was intrigued by the punks hanging out in the Georgetown Häagen-Dazs and sought employment there. Through photography, she began to document the world around her. Comprised of previously unreleased photographs, Punk Love provides a chronological visual narrative of the early days of the ice cream shop in 1980 and the growth of D.C. punk during 1981. Her images show how the concerts began as small underground shows in basements and then later moved into commercial venues in the District, including Madam's Organ, D.C. Space, and the 9:30 Club.

The work begins with a small foreword by the D.C. punk once known as Henry Garfield, today known as Henry Rollins. Widely considered one of punk's patron saints, Rollins's influence extends beyond his music to film and television work. The foreword is followed by a brief transcript of Horgan and MacKaye discussing both the photographs and the early days of working in the ice cream shop. The bulk of the work is Horgan's visual documentation of punk rock in the nation's capital. Punk Love is an excellent primary source for the visual record but a very poor oral history source. There is only a small amount of text in the work. Though Rollins is an engaging communicator, his foreward is too brief, dominated by his praise for Horgan's photography, and he does not offer a solid personal view of the early 1980s Washington music scene. Likewise, the Horgan-MacKaye conversation is too narrow in focus and too short to provide an encompassing view of the birth and growth of D.C. punk. The photographs, more than a hundred of them, are artistically published in black and white, but the captions offer only brief descriptions on what is depicted; there is little to no commentary from any of the participants. Those researching the phenomena of D.C. punk will be left wanting much more oral history from the movement itself. Fortunately, they can turn to previously published books, including Banned in D.C. and Dance of Days. Both offer oral history from the D.C. punks of the early 1980s.[1] Furthermore, many of the participants are still active in the Washington community and could be found for interviews.

Although its textual narrative is disappointing, Punk Love is a visual gem. A well-made hardcover volume with glossy pages, the book's high quality black-and-white images present the early days of D.C. punk with a timeless "you are there" quality. Perhaps the most intriguing aspect of the photographs is that they do not look dated. As contemporary popular culture has incorporated most of the aesthetic elements of the once underground culture, the close-cropped haircuts, clothes, and boots create the illusion that the photographs were taken last week at a commercial venue rather than twenty-five years ago at an underground concert. In contrast, the same photographs taken at a popular concert in 1980 or 1981 would look extremely dated today. Horgan's photographs speak to the commercialization of punk that was yet to come, and the origins of a look and sound that are mainstream today.

Along with the punk aesthetic that later become culturally acceptable, the photographs show the audience expanding and the movement's rapid growth. For example, after outgrowing basements, underground concerts went above ground to locations such as the 9:30 Club, one of the seminal D.C. punk venues. In these photographs, the 9:30 Club is a cramped concert space at 930 F Street, N.W. In later years, the club moved to a larger space (1,200-person capacity) at 815 V Street, N.W., and still exists today as one of the more successful commercial venues in the District, catering to a wide array of musical tastes in the post-punk era.

Horgan captures in her photographs two unique distinctions that separated the D.C. brand of punk rock from the New York and London brands. First, the sub-genre of hardcore emerged in the D.C. sound. Hardcore punk contained faster tempos, louder volume, harder bass lines, and a protest style of singing that sometimes bordered on screaming. The lyrics of D.C. punk contained a political element that initially lashed out at everything political, then later moved toward the left as the decade of Reagan wore on. Hardcore also included a thrashing style of dance on the stage and in the audience. Horgan depicts this thrashing movement in all of its glory throughout her work. It is interesting to note who was attracted to this style of music and movement. While women and people of color occasionally appear in Horgan's photographs, the overwhelming face of the hardcore D.C. punk was young, white, and male. D.C. was home to an American African punk band called Bad Brains, but they were an exception to an overwhelmingly white and mostly male movement.

The second and perhaps most surprising distinction of D.C. punk is the "straight edge" movement that emerged. Tired of the reckless behavior in the punk world and in western society, straight edge D.C. punks adopted a "don't drink, don't smoke, don't screw" ethos to become truly countercultural. The mainstream world offered alcohol, tobacco, illicit drugs, and promiscuous sex. Yet straight edge punks wanted no part and worked hard to move to the other end of the spectrum in a kind of secular monasticism. Still active in Washington as a musician and with his music label Discord, Ian MacKaye refuses to this day to do interviews with publications that advertise alcohol or tobacco. Horgan's photographs, including the cover of Punk Love, capture the visual mark that the straight edge D.C. punks used to set themselves apart: a bold black X atop their hands. In the twenty-first century, eschewing tobacco, illicit drugs, alcohol, and promiscuous sex is thoroughly mainstream; the straight edge movement was ahead of its time by almost twenty-five years.

Incumbent in the straight edge ethos is a tremendous work ethic backed up by the DIY attitude: do-it-yourself. As Horgan's photos attest, Garfield and MacKaye ran a tight ship at Häagen-Dazs, keeping their ice cream shop spotless. Punk Love also presents imagery of do-it-yourself concert posters and musical promotion. Motivated by an intense disdain for major record labels, the punk world did not wait for the musical infrastructure to promote their music; instead they did it for themselves. The DIY attitude extended to the punk audience as concert goers also doubled as roadies and the sound crew and helped clean up after the show.

Interestingly, the straight edge movement seemed to borrow elements from various points on the spectrum of American culture to create something unique. The Protestant work ethic appeared with the "pull yourself up by your bootstraps" creed of the DIY attitude. An anti-capitalist impulse from the extreme left appeared with an intense loathing of the excessive wealth of popular music, and so the prices of records and tickets were kept very cheap. While keeping religious faith at arms length, a pseudo-religious motivation appeared in the call to live a "good life" by rejecting tobacco, drugs, and promiscuous sexual activity.

Punk Love is a great start for anyone researching Washington cultural history or the history of D.C. punk rock, but much more work is needed before we will have a comprehensive understanding of this complex and at times contradictory movement. Punk Love generally shows the need for cultural commentators to take punk rock seriously as a historical process and for much more scholarly research to be done. Horgan's book and the numerous other similar primary works will raise many questions. Considering how current the 1980 punk aesthetic and musical sound appear to our contemporary twenty-first century senses, why did popular culture incorporate elements of the most countercultural of movements? In the 1980s, an era of intense economic growth, why did these teenagers and young adults rush away from societal excess? Did the straight edge credo help contribute to today's demonization of tobacco, excessive drinking, and reckless sexual behavior?

Questions for those interested in Washington cultural history also arise from a close look at D.C. punk. Why did this counter cultural movement surface in northwest Washington, specifically Georgetown? Why did the hardcore sub-genre and the straight edge movement find an initial fertile ground in Washington, D.C., but not in New York or London? Did Washington's unique status as a federal district contribute to their sense of not fitting into broader American culture?

If there is additional discussion of this review, you may access it through the network, at: https://networks.h-net.org/h-dc.

Copyright © 2007 by H-Net, all rights reserved. H-Net permits the redistribution and reprinting of this work for nonprofit, educational purposes, with full and accurate attribution to the author, web location, date of publication, originating list, and H-Net: Humanities & Social Sciences Online. For any other proposed use, contact the Reviews editorial staff at hbooks@mail.h-net.org.