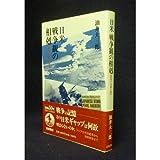 As the title shows, this study examines different perspectives of war in Japan and the United States that have been established by the post-war generations. Dr. Daizaburo Yui of Tokyo University, a historian specialized in Modern U.S. history, reveals factors consisting of a wide gap between two nations over the perspective of war. With his abundant knowledge in post-war U.S. foreign policies, Yui exposes honestly but critically the ideological struggle between the two nations. This study is not merely an examination of the controversy, however, but it gets to the core of the ideological friction between the United States and Japan.

What triggered Yui to conduct this research was the decision made by the Smithsonian Museum in late January 1995 that canceled the exhibition of atomic bombs. The decision brought about striking debates throughout the world. It seemed that the Museum, which displays scientific or historical significance from multi-cultural perspectives, surrendered to American patriotism. The decision reaffirmed that World War II was a holy war against Fascism, and the use of atomic bomb saved millions of American soldiers.

After reviewing World War II, Yui goes on to analyze America and the wars in Korea and Vietnam. He points out that decades later, the same war philosophy dominated the minds of American people. The United States fought the war against Communism to preserve liberty, freedom, and democracy. In spite of the loss in Vietnam, the United States again became engaged with the Persian Gulf War. With the glorious victory, the nation renewed the fate in war. In the American concept, war has been always a holy war to secure national interests. Considering the United States played a role of the world leader, its national interests were international interests.

On the other hand, beaten up by nuclear weapons, Japan in 1945 concluded that it had enough of war. Under the circumstance of survival of the fittest, Japan performed a war of invasion to the Asian nations and war of self defense to the West. However, nuclear tragedies severely taught Japan to stay away from war no matter what situation it faced. In fact, this attitude upset many American officials who wanted Japan's tangible contribution to preserve the world peace. The origin of different perspectives of war came from here: one was a loser, and the other was a victor in the war.

In retrospect, thanks to the generous peace treaty in 1950, Japan has avoided compensating the war responsibilities. It gained an easy opportunity to recover from the defeat, and the economy began to stabilize under American protection. This enabled Japan to forget its wartime atrocities and to ask for the forgiveness from the people in Asia. In practice, Japan is following American trends in every aspect, attempting to become the second world leader. In other words, Japan has created increasing distance from the Asian community, and this will make it harder to demolish the skepticism toward the Japanese that Asian nations have kept since the war.

After analyzing two perspectives, Yui points out that both Japan and the United States need to face the dilemma. Japan has not restored credibility and accountability from the Asian people owing to its negligence of war compensation issues. Sticking to the glorious past that tried to unify Asia, the nation remains incapable of renouncing the past. Similarly, the more that the United States takes initiative in the international affairs, the more it feels supremacy as a nation of selected people only who are entitled to take leadership. Many single minded Americans have justified wars and led the world to bloody nonsense fighting. Therefore, Yui warns that nations that are not capable of co-existing in a multi-cultural society will ultimately lose in the new survival game.

What makes Yui's analysis really interesting is his concise comparison and contrast of two nations over the war perspective. Using various updated materials, such as newspapers and periodicals, he aptly catches public opinions and reflects current trends. That adds sharp and persuasive aspects to his arguments. He discloses the minds of the American people from high ranking officials to the general public. His intensive research on veterans, especially young veterans' accounts from the Vietnam War are just fascinating. Also, in keeping up with Japanese public responses to respective wars, Yui skillfully and successfully reflected the anti-war feelings and other opinions to the government policies.

Facing the beginning of the twentieth first century, the rise of multi-cultural communities requires people to have sincere understanding of the past and cooperation in the future. This book will provide readers with something to prepare for real peace in the world.

Copyright (c) 1997 by H-Net, all rights reserved. This work may be copied for non-profit educational use if proper credit is given to the author and the list. For other permission, please contact H-Net@H-Net.MSU.EDU.

If there is additional discussion of this review, you may access it through the network, at: https://networks.h-net.org/h-usa.